This research examines Japanese agriculture and its potential for achieving an increased role in international trade in the Asia-Pacific region in the coming decades. Various domestic policy reforms in recent years have focused on making changes to mitigate the decline of a sector that has deep structural weaknesses and is internationally uncompetitive. However， a fundamental reorientation of the sector is more urgent than ever， since a shrinking home market， an expanding regional market and a worsening domestic fiscal outlook imply that Japan’s farming sector should become export-oriented if it is to become sustainable. Although costly reform policies have so far failed， inherent features like quality， taste， and safety mean that Japan’s agricultural products could significantly increase their share of the high-value segment of the growing international food market， just as many expensive Japanese ‘brand’ goods have become highly sought after by ‘new rich’ consumers in growing Asian countries.

With this as a starting point， the title for the project is “Japanese agriculture: pathways to a sustainable， trade-oriented future”. Following on from the fiscal 2014 research stages (1) preliminary investigations into current trends and recent innovations in the agriculture sector and (2) an online survey of policy preference determinants， the stages of the research in fiscal 2015 will be organised as follows: (3) agriculture as an export sector?lessons from Europe; (4) agriculture as an import sector?lessons from Japanese manufacturing companies; (5) creating pathways to a trade-oriented future. Stages 3-5 are scheduled for completion by March 2016.

1. Agriculture as an export sector?lessons from Europe: The European agriculture sector for many decades was high-cost and internationally uncompetitive. However， following reform of the Common Agricultural Policy (CAP) in recent years， EU agriculture has become a net exporting sector since 2010. Some similarities exist between Japan and major European countries， such as the prominent place of agriculture in society in France， and the factor endowments in the Netherlands. The aim of this stage of the research is to examine in detail the successful policy reforms in EU agriculture， to find lessons applicable to the case of Japan.

2. Agriculture as an import sector?lessons from Japanese manufacturing companies:?????? Given Japan’s factor endowments， high levels of imports may be unavoidable in future， even if world food markets became more unpredictable. The manufacturing production networks developed by Japanese multinational corporations may offer lessons for developing overseas partnerships between Japanese farmers/firms to produce agricultural products matching Japanese standards and tastes elsewhere in southeast Asia， for export to the Japanese market; in fact， some developments are already starting in this area. This stage of the research will examine the potential of “agricultural production networks” linking Japan and its Asia-Pacific neighbours.

3. Creating pathways to a trade-oriented future: The current Abe II administration has set as a policy goal doubling the value of agricultural exports by 2020， although previous governments (including Abe I) have set and missed similar policy goals in the past. Paying attention to the complex interplay of interests and preferences in the domestic agriculture sector， ongoing structural problems， and developments in TPP negotiations， this stage of the study will draw together the data and findings of previous stages of the project to create a fresh set of policy proposals that show achievable pathways to a more trade-oriented and economically sustainable future for the agriculture sector in Japan.? ?

Corporations and those engaged in farming will find the report useful both for better understanding the current situation in Japanese agriculture and for understanding the most promising growth areas for the future， including through case studies. Economic associations will find it useful for its neutral analysis of consumer attitudes， and indications of potential growth areas. 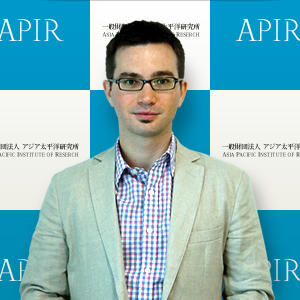